The History of 4 Sussex Square

Patrick Kinna was one of the most fascinating people ever to live on the estate.He moved into Flat 3 No 4 Sussex Square in 1972. He was the confidential clerk to the Duke of Windsor (later Edward VIII) in the 1930s and, from 1940 to 1945, confidential assistant to Winston Churchill, always at his side at the very centre of world events.

Tiny, neat, bespectacled and an all-England champion at shorthand (150wpm) and typing (90 wpm), he was also completely discreet while in his job. (“I used to be afraid to go out,” he said once, “in case I let something slip.”) But he had wonderful stories to tell in later years. He took dictation from Churchill while the leader was naked in the bath; had to stop the sailors whistling, which Churchill hated, when the PM crossed the Atlantic; and at Yalta was about to take down a furious telegram from him, calling Stalin “terrible…evil and dreadful”, when they were both reminded that the room was bugged, and Stalin could hear every word they said.

Working for Churchill, who dictated in full flood, meant “days and days typing”, but Kinna revelled in it. When Churchill lost the election in 1945, he was there to hear him cry “The British people do not want me any more,” and burst into tears. The two men remained friends, with Churchill praising his “exceptional diligence” and “fidelity”. They would exchange white pelargoniums on their birthdays, and a pair of side-tables given to him by Churchill’s widow were prized possessions in his flat in Brighton.

Patrick Kinna on Churchill’s right at Yalta Stalin he found “very uncouth and rather tough…he liked to be king of the castle”. De Gaulle “was a bit too talkative”. The Duke of Windsor was “a charming man”, though he took care never to let any papers fall into the hands of Wallis Simpson, whom few people trusted.

Patrick in the South Garden

After the war he worked for six years as private secretary to Ernest Bevin in the Foreign Office. (Though a Conservative, he liked Bevin.) He retired to Sussex Square at 60 to live with his sister Gladys, having always loved visiting Brighton for the sea, the town and the restaurants. The rest of his life, however, seemed something of an anti-climax. He died at the age of 95. 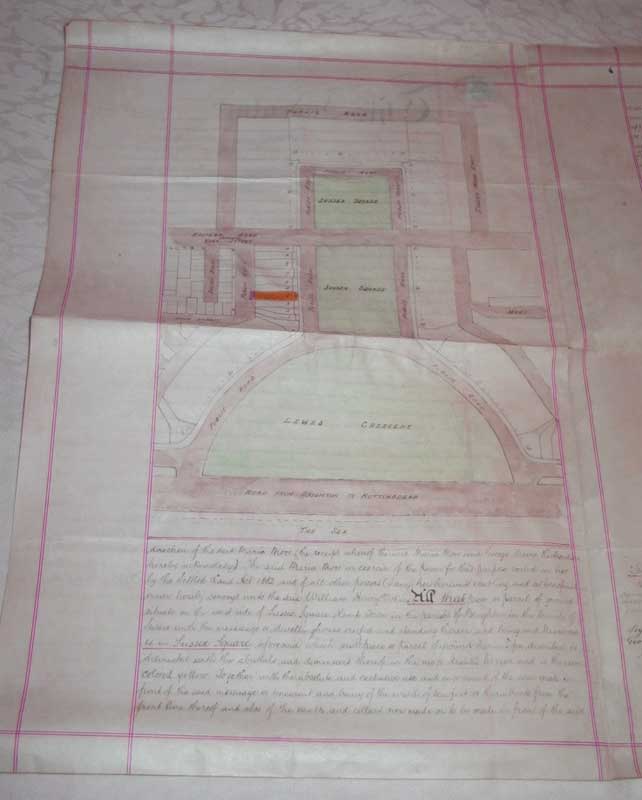 Map including road behind 4 Sussex Square