This western arm of the estate, comprising 15 houses (2 more than Arundel Terrace to the east) was the last part of the estate to be completed. Not until the mid 1850s, some 30 years later than the earliest constructions, was the whole terrace completed. This was under the direction of Thomas Cubitt.( see 13 Lewes Crescent )

The most western building, Chichester House, was the first to be built (in 1832) and indeed for some 20 years stood alone, with no other building until No 13. Its design is entirely separate from the rest of the terrace .A broad bow towards the sea with a narrower one towards Chichester Place, and giant Corinthian pilasters mark it off from the rest.

Chichester House, like many other houses on the estate, was for much of the 19th century used as a school. The Rev Dr George Proctor, formerly Headmaster of Lewes Grammar School and of Elizabeth College, Guernsey, began a Young Gentlemen’s Academy there in 1832. It remained as a school until at least 1859. A popular urban myth is that Charles Dickens, a regular visitor to the Bedford Hotel in the 1830s and 40s used Chichester House as the model for Dr Blimber’s Academy in Dombey and Son (1846-48), where the frail Paul Dombey is sent for his health.

No 14 at the eastern end must be considered as the start of this grand show piece: indeed it has a similar wreath relief on its porch to that of Chichester House, creating a sense of bookends. In fact, this house and Nos 1 owned by the Duke of Devonshire eventually became the grandest house on the Estate..

The terrace has remained relatively unscathed by unsightly additions which have eluded the planners (in contrast to Arundel Terrace). Only railings and decking on the very top floors have been added, but these do not offend the eye or detract from the integrity of the architecture below.

Notable residents include the composer, Richard Addinsell, who is commemorated by a blue plaque at No 5, and William Cubitt (brother of Thomas) who occupied No 11 until 1859. 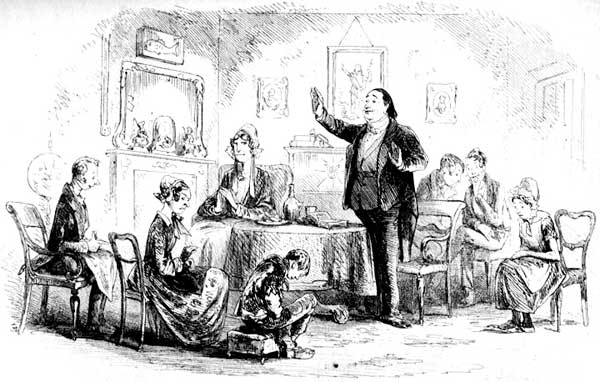 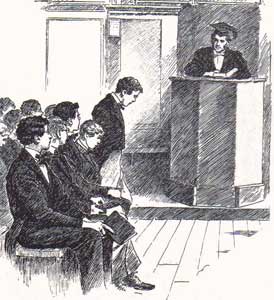 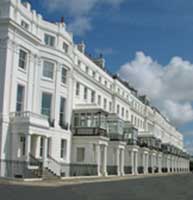